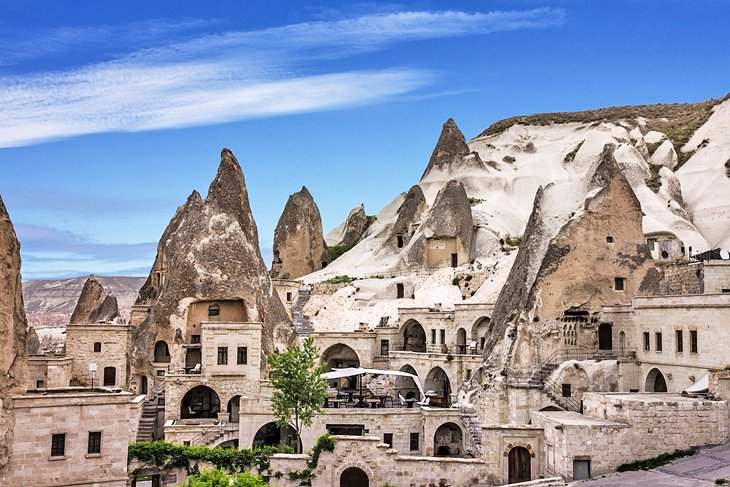 Make your Cappadocia experience absolutely interesting with us. See the natural beauty of Cappadocia , in addition to the underground city. Find the captivating scene with an expert guide on an entrancing day of Cappadocia visit. It will reveal insight into the existence of the early Christians, their stone cut holy places and their craft with sublime frescoes. also walk between the fairy chimneys and wonder about the lives of people there.

At Sunrise you can choose to do the Hot Air Balloon, the prices depend on the date. Let us know if you want to Book!

This town is literally carves into the volcanic stone, Goreme is the doorway to the Goreme National Park, a tremendous UNESCO World Heritage Site that houses marvelous tenth and eleventh century cave churches. The park itself is known for its chimney  rock developments and is exceptionally mainstream with explorers. It’s additionally an incredible territory to try Turkish food.

Uchisar Castle is now one of the most prestigious viewpoints in the world. As the name indicates, this castle  is placed in a small yet stunning town known as Uchisar. Situated four kilometers from the city Goreme, the fortress has unique attributes that attract tourist each year.

You couldn't find what you were looking for? Do you need
help? Call our sales team today and we'll make it easier.